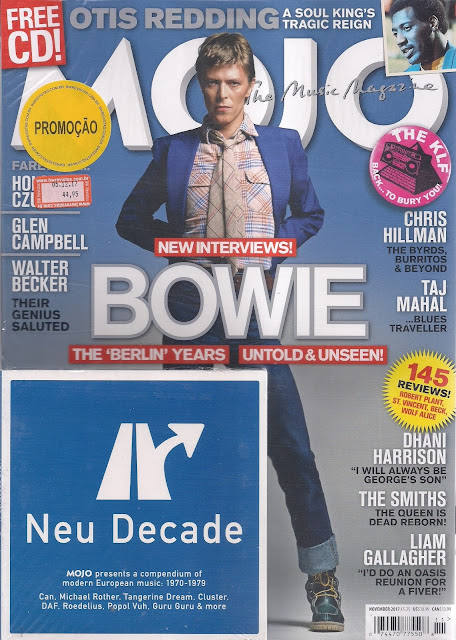 COVER STORY: DAVID BOWIE Forty years since Bowie changed music with Low and “Heroes”, new interviews plus rare and unseen shots reveal new ways Berlin reshaped him. Plus: how Lodger dropped the curtain on ‘The Trilogy’ and its extraordinary remix/rebirth in 2017. 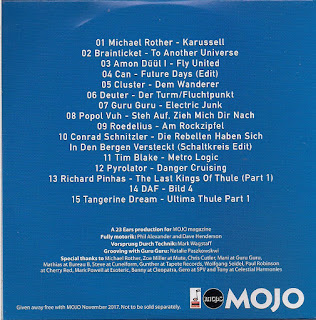 FREE CD: NEU DECADE In the ’70s, David Bowie looked to Europe for the future of rock. He found Can, Cluster, Popol Vuh and Michael Rother – just four of the 15 artists on this mind-altering compilation. Vorwärts!

OTIS REDDING ’60s soul’s lightning rod, the heart of Stax Records, was evolving to a whole new level when tragedy struck, 50 years ago. “He was our hero,” bandmates tell MOJO.

CHRIS HILLMAN Straight-talking from the no-bullshit backbone of The Byrds and Flying Burrito Brothers, on childhood tragedy, wayward bandmates and more.

TAJ MAHAL How Henry Saint Clair Fredericks Jr chased the blues all over the world, and why he’ll never stop: “What I’ve learned is that you never stop learning.”

EVIE SANDS The ’60s singing prodigy became a ’70s songwriter of quality, but not everyone welcomed the transition. Now she’s having another crack at that glass ceiling.